My name is Ryan, and I am a Total Goober 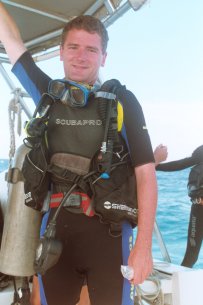 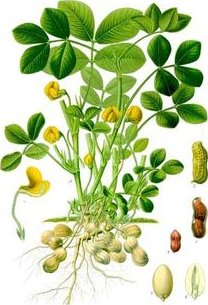 Who am I? That question has puzzled experts for years, and there's still no consensus. They might tell you I was born in Southern California and roll their eyes as if that explained everything. They may tell you I come from a broken, shattered family that involved a bitter divorce, which yes, I was the product of a marriage gone bad, but my parents are on good terms and perfectly civil with each other. Thus, it was not a particularly life-scarring event.

Oddly enough, back in my younger years, while growing up in the small town of San Luis Obispo, California, I hated the concept of traveling. That changed in 1999 when I decided to fulfill a life-long dream of witnessing a total solar eclipse of the sun. I ended up on a cruise ship in the Black Sea country hopping between Greece, Turkey, the Ukraine, and Bulgaria. It was a magical time, and I discovered the joys of international travel.

Fast forward a couple of years, and I find myself a casualty of the dot com meltdown. I lost my job, but I saved enough money so I did not have to go back to work immediately. Flush with cash and a large quantity of time, I decided to run off to Central America for four months to learn Spanish and see another part of the world that was just only spot on the globe.

Thus began Ryan’s Great Adventures, Central America style. It was a way to keep in touch with friends and family and let them know what I was up to, but with each passing adventure, the readership grew. Even after I returned to the United States, people still wanted to read my continuing adventures. So the adventures continued....

Not quite ready to join the workforce, I decided to thru-hike the Appalachian Trail instead. Oh, what an amazing experience that was! That little adventure took nearly six months as I hiked 2,175.6 miles from Springer Mountain (Georgia) to Mount Katahdin (Maine).

Somehow, two years had passed since becoming unemployed, and it was time to go back to work. But what self-respecting company would hire someone that had not written a single line of code in two years?

Thus, Atlas Quest was born. Originally, it was meant to be a simple website where people could log their finds for the rest of the world to see. I got a little carried away—as I often do!—and it became a letterboxing portal in its own right.

After a few years, I realized that I was no longer running hobby website. It had become a business. It was time to take off my personal stuff and move it to another location. The domain RyanCarpenter.com was already taken. It's such a stuffy domain, anyhow. On Atlas Quest, I created a board called Ryan’s a Total Goober, and someone suggested that could be my domain. It was meant in jest, but I liked it. Yes, I could be a goober.